A groundbreaking artist and writer, Miller is credited with breathing new life into both Batman and Daredevil titles, while creating his own legends like Sin City and 300.

Using a unique mashup of Japanese manga and classic American comic book art, Miller has created a gritty noir style that is all his own.

Original Miller comic book art is highly collectible and valuable. The caliber of his talent is unmatched and his artwork will be prized for years to come.

How Much is Frank Miller Art Worth?

As one of the most influential artists and writers since Jack Kirby, Miller’s original artwork is worth thousands of dollars. His work on Daredevil, Batman, and Sin City are especially valuable.

If you’ve been hanging on to original Miller artwork, waiting to have it appraised, now is the time! Original comic book art values are hitting their peaks, and we’d love to see what you’ve got. 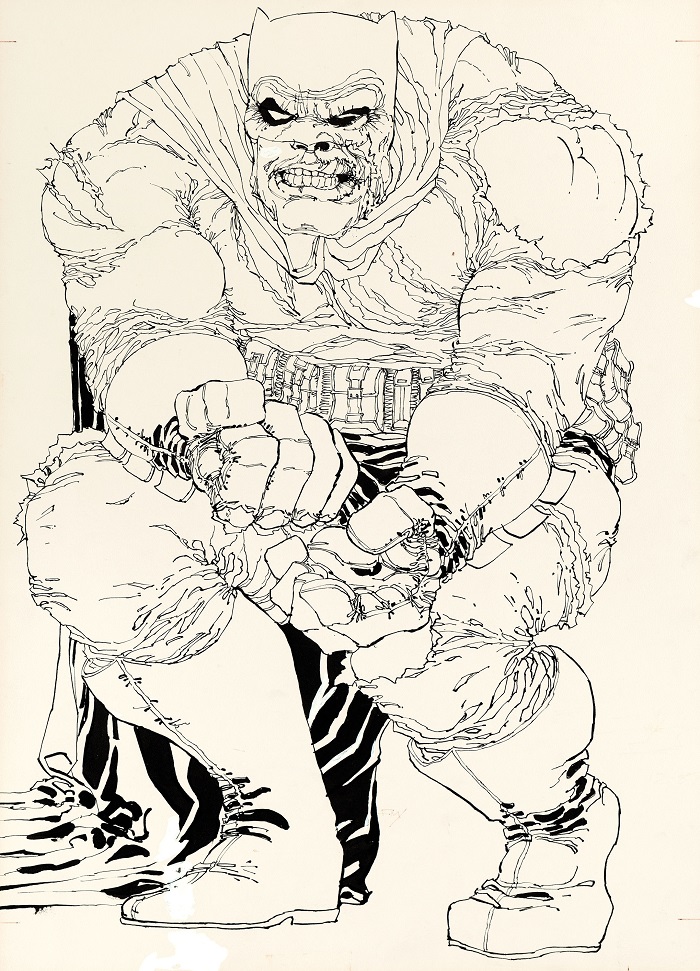 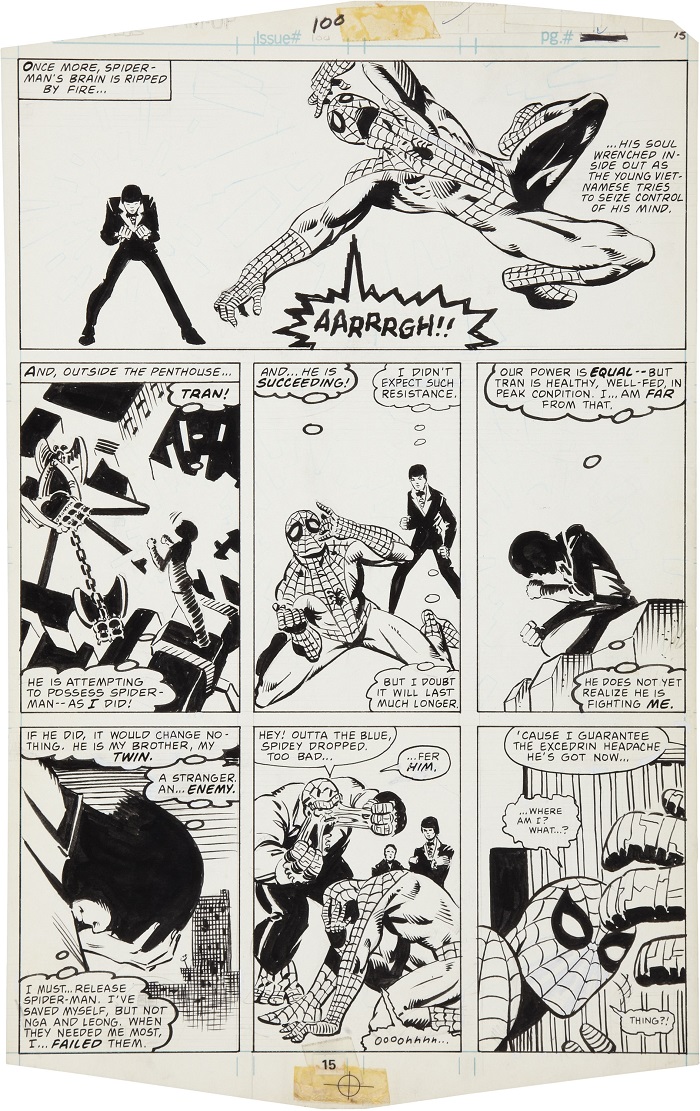 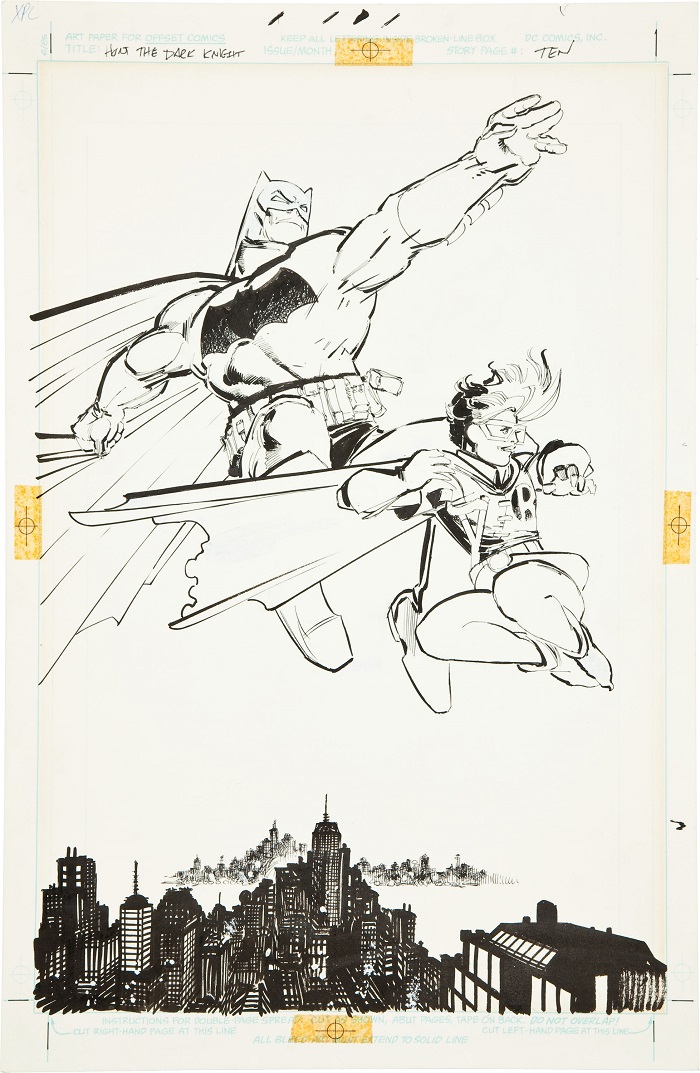 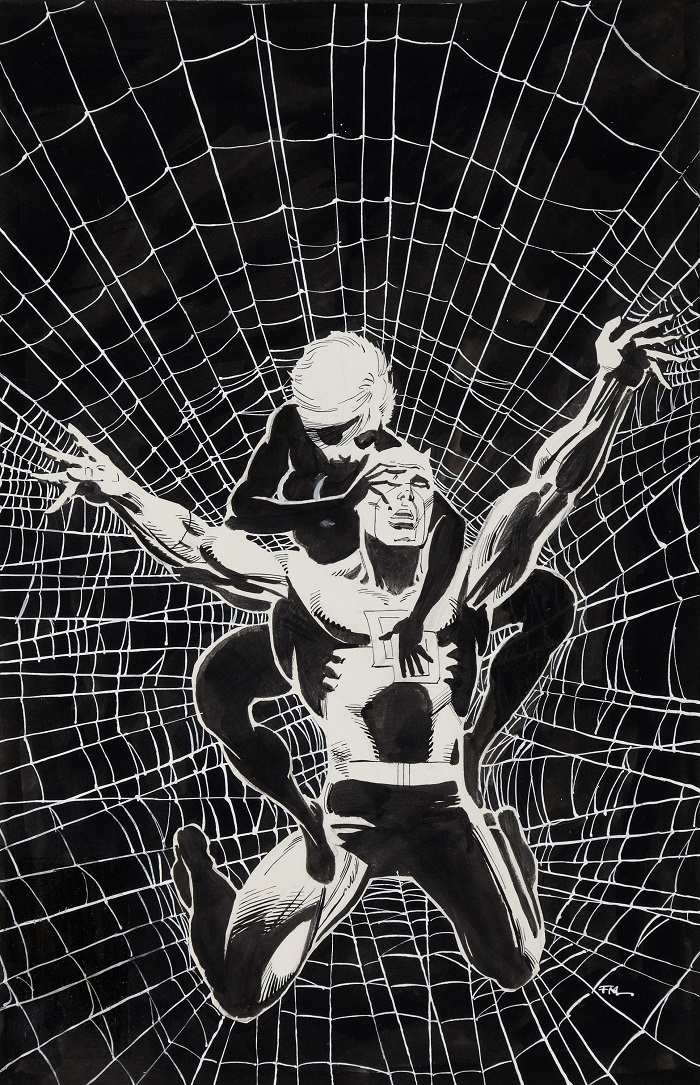 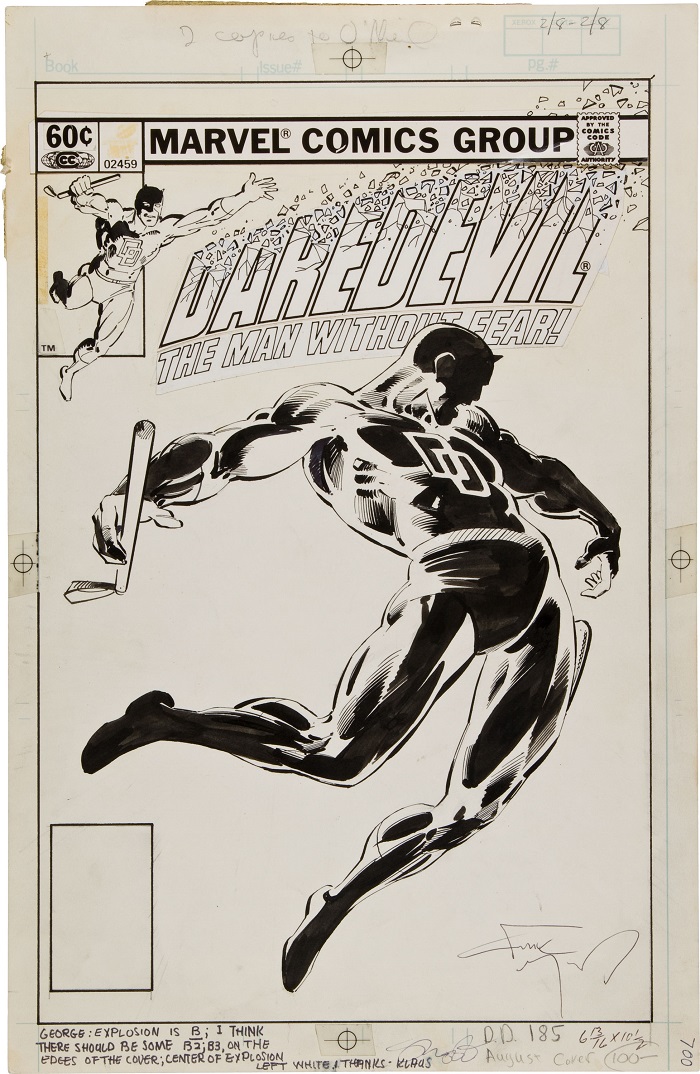 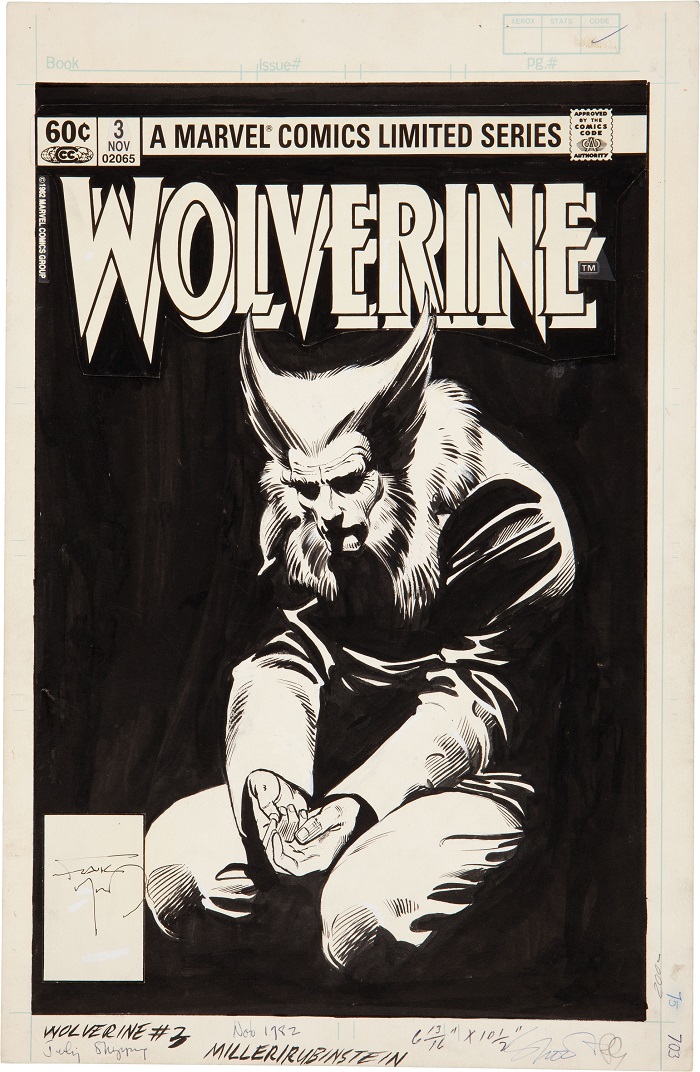 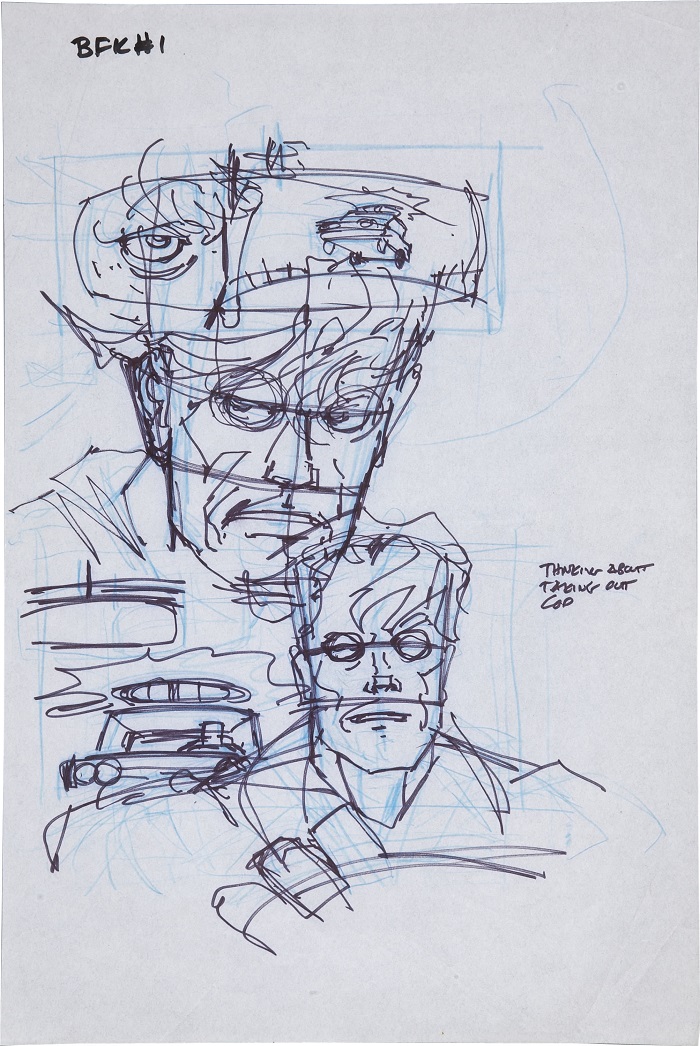 Miller comic art may be out of reach for some collectors, but a private commission may be affordable. See below for some of Frank’s stunning commission artwork. 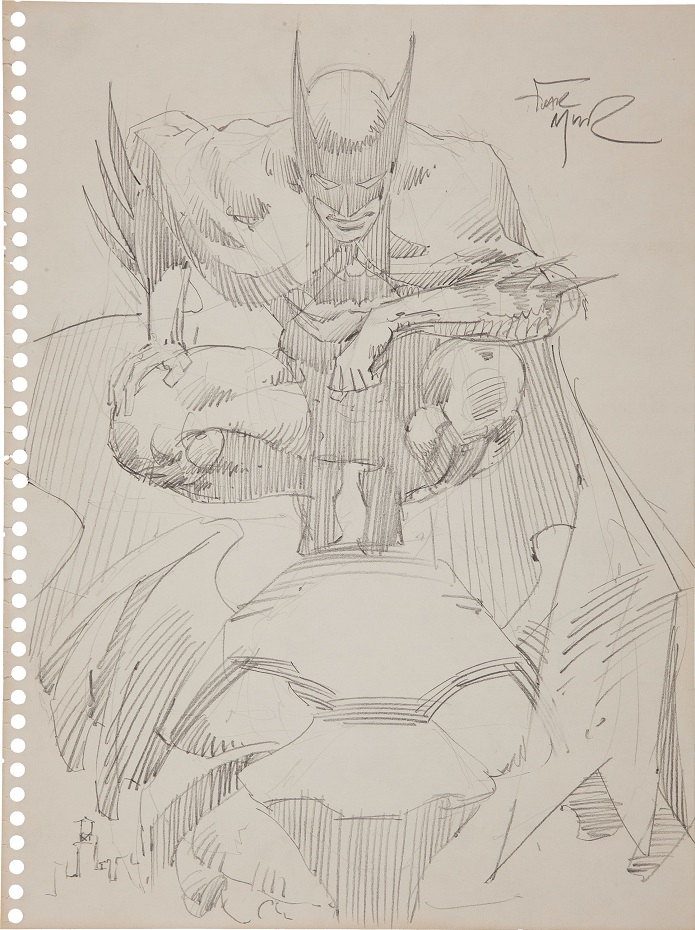 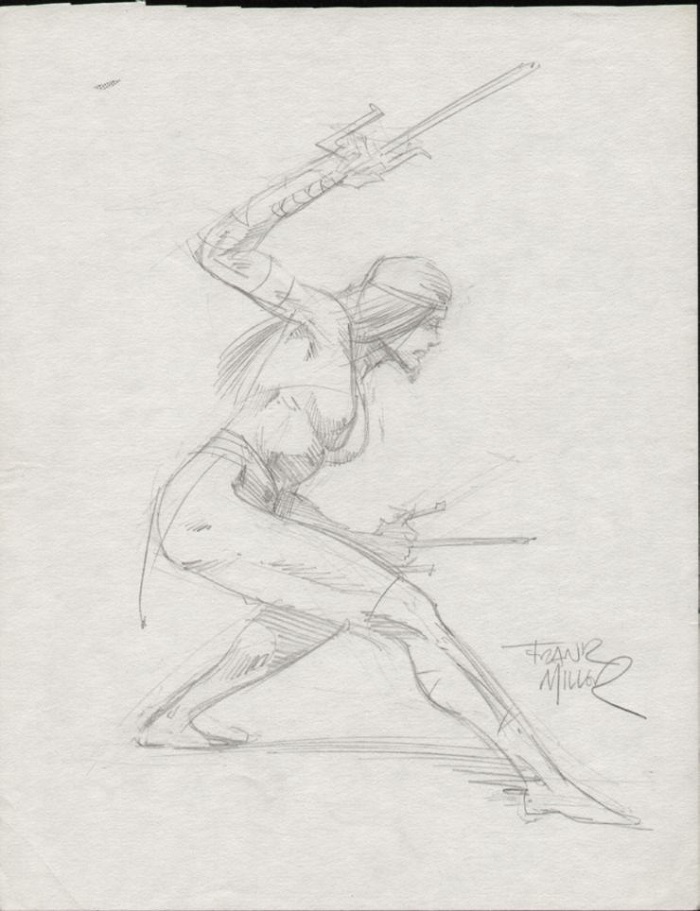 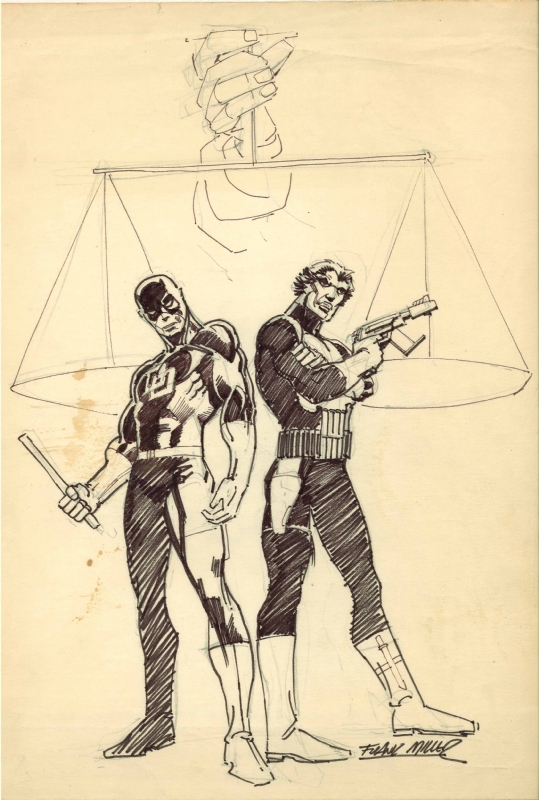 Daredevil and Punisher Commission by Miller. Click for values

Miller’s start in comic books came with a small job at Western Publishing. It wouldn’t take long until the heads of DC and Marvel recognized his immense talent, quickly putting him to work.

After penciling John Carter, Warlord of Mars #18, Miller saw opportunity knocking at the door with the blind superhero Daredevil.

Frank’s Daredevil debut was with Daredevil #158, which he only illustrated. Starting with Daredevil #168, Frank was supplying both art and scripts, causing a meteoric rise in sales of the once struggling title. Frank’s last issue from this time period was Daredevil #191. He would return to Daredevil sporadically over the years.

In 1986, Miller cemented his legacy with Batman: The Dark Knight Returns, a gritty and dark tale of an aged Batman who returns to crime fighting.

In the 90’s, Miller worked mostly for Dark Horse Comics, creating 300 and Sin City. He also continued to work on Daredevil and Batman titles, including Batman: The Dark Knight Strikes Again.